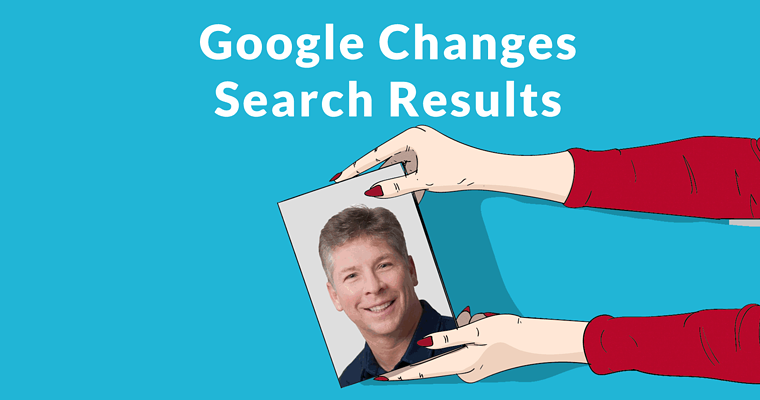 Google’s Search Liaison announced a “change” that will reduce multiple site listings in the search results. That means no more than two pages from the same site. This change is called the Site Diversity Change. It’s a change to how Google shows web pages in the search results, but it’s not a change to how Google ranks websites.
Site Diversity Change Takeaways

Although this change launched roughly at the same time as the June 2019 Broad Core Update, it’s not a part of that update.

Google made a point to refer to this as a change and not an update. Danny Sullivan explicitly stated that it was his opinion that this is not an update because this involved no update to the ranking algorithm.

Some people have a wide definition of an update. For them, if it changes the way the search results are displayed, then it’s an update. But under that overly broad definition, if Google changes how many ads are displayed before the organic SERPs, then that’s an update, even though it has nothing to do with the ranking algorithm.

Is this an update or not an update?

That depends on how broad your definition of an update is. I believe Danny Sullivan has a reasonable definition.

3. Site Diversity is Not Across the Board

The diversity change does not affect all search results. Some search results will continue to show more than one result if Google decides it’s relevant.
In my opinion, depending on the context, when Google says “relevant,” it can be helpful to understand that word in the context of the user. SEOs commonly think in terms of a web page being relevant to a search phrase.

But many times it makes more sense to think about relevance in terms of how the web page is relevant to the user who is typing the search phrase.
When put into that context, Google’s use of the word “relevant” makes more sense because if users expectations are such that they are satisfied with more than one page from a single site, then it makes sense for Google to continue showing more than one page from that site.

4. Subdomains Will Be Treated as Part of the Site

Subdomains will be treated as if they are a part of the main domain. But not all the time.

“It started a little bit about two days ago but went fully live today. Personally, I wouldn’t think of it like an update, however. It’s not really about ranking. Things that ranked highly before still should. We just don’t show as many other pages.”​ 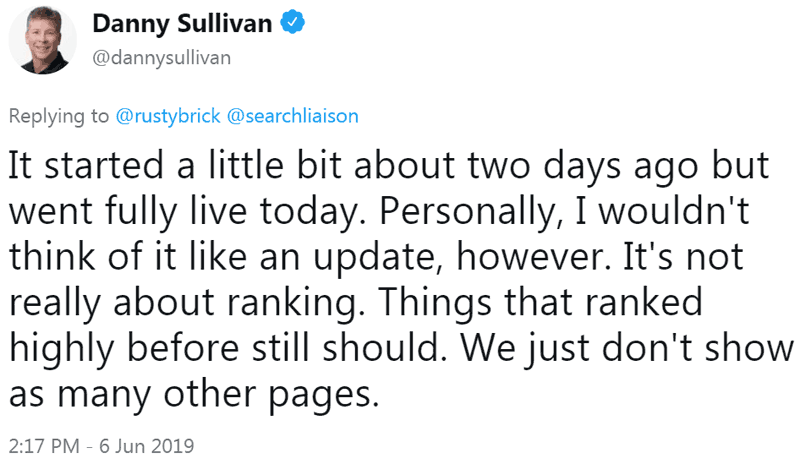 Google’s Danny Sullivan clarified the date of the site diversity launch and emphasized that he would not characterize it as an update, which is why it’s being referred to as a change. 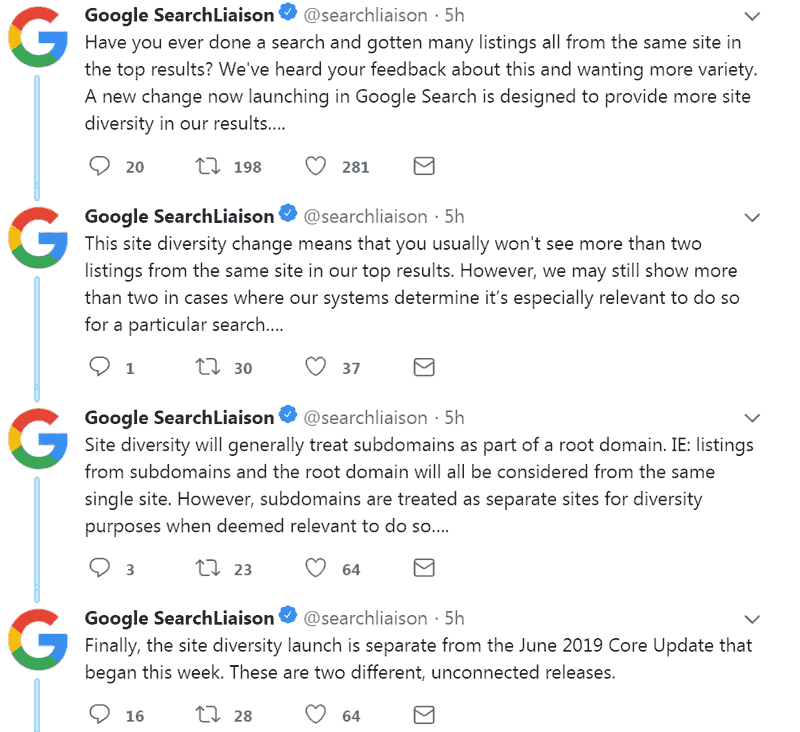